50 years of the struggle for LGBT rights were marked last weekend at the launch of a new history of the Campaign For Homosexual Equality ( C.H.E )   Amiable Warriors is written by Peter Scott Presland who is to the right in the photo. The choice of Manchester for the launch was no accident. Not only was there a major LGBT History conference in the city last week but Manchester was where the C.H.E. began in 1964. C.H.E was founded by local labour activist the late Alan Horsfall. The book tells of the early years pre and post legalisation in 1967 and goes up to the first conference in Morecambe in 1973. You can hear my interview with Peter on the NW Gaydio Radioplayer on demand section. On the Sunday Forum this weekend ( 220215 ) you can hear conversations I had with some of those who attended the launch. Many of these were seasoned campaigners and told me all about the impact of being active in the movement on their own lives over this period. I was struck by how modest they were about their contributions to the collective achievement of the rights that we all now enjoy as LGBT people. I was delighted and honoured to meet them and to bring part of their stories to you on the Sunday Forum over the next few weeks.  http://nw.gaydio.co.uk/radioplayer/od/176/   Sunday 8 till 9am  and 88.4FM in Manchester 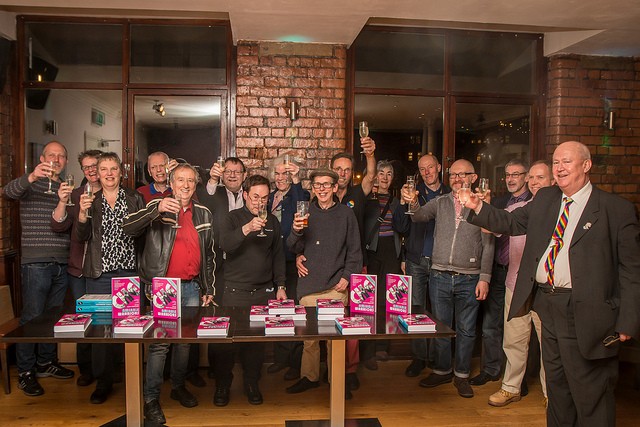