Man versus computer at the Manchester International Festival


I saw The Machine at the Manchester International Festival this afternoon.
Here is my reviewette:

For someone as easily defeated by an unruly sweet wrapper watching "The Machine" today where a fictionalised uber Chess Master Garry Kasparov took on the might of the IBM behemoth Deep Blue was a somewhat bemusing experience.
It was also an extremely hot and sweaty experience. This was because given that Manchester disproved its reputation by being extremely warm and sunny the air con in the Upper Campfield Market was perhaps not as skilled as the aforesaid IBM monster.

As for this new play by Matt Charman and under the helm of Mancunian Donmar Warehouse Artistic Director Josie Rourke it was very well done. You got the questions of whether something created by man could in fact intellectually outstrip us. What happens to you when you sacrifice much else in your life for the pursuit of brilliance. That is either chess supremacy for Kasparov or that ultimate challenge of the computer to outsmart the very smart for the Taiwanese chip expert Feng-Hsiung Hsu. The setting was the arena where in 1997 Kasparov met the machine of the title.

We as the audience were the witnesses to this televised and early internet relay event. Hadley Fraser had all the showmanship of Kasparov but we also saw in his conflict filled relationship with his mother a resilient Francesca Annis something of the man behind the chess genius. (It's a slight digression to mention that the supreme Ms Annis will always be Lillie Langtry on ITV circa 1979 to me but to move on.) Kenneth Lee as Hsu also revealed the sacrifices in his personal life and was believably geeky.

The staging with its multi tv screens, floor which looked like a circuit board and brilliantly choreographed scene changes was a triumph in itself. It reminded me of the ingenious scene changes in a previous MIF production: Dr Dee by Damon Albarn where corrugated paper screens were cleverly employed.. Although the 2 and a half hours in the theatre in the round module created in the Market were always diverting and had some thoroughly absorbing performances even in the minor roles the actual chess matches portrayed were the least thrilling thing on display.

The Machine runs until Sunday 21st July and you can find out more on:

photo of Matt Charman and Hadley Fraser courtesy of M.I.F and taken by Helen Maybanks 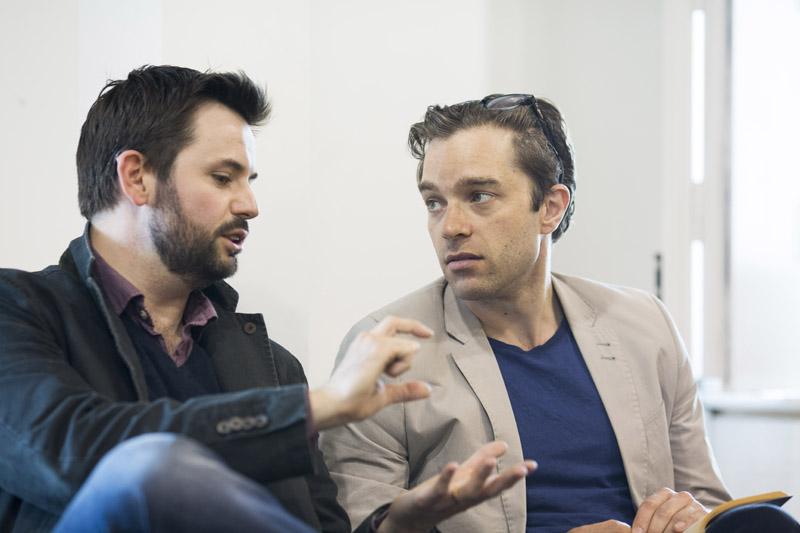