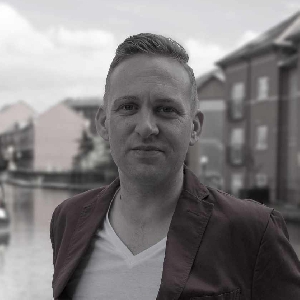 Ricky is originally from sunny Cornwall, and has been at Gaydio since 2017, on the airwaves in not-so-sunny Manchester!

He has presented and produced live shows in that time as has also presented the breakfast and LGBT News.

He studied Media & Performance at the University of Salford and has entertained in holiday resorts in the Canaries, Balearics and Lapland.

He was lucky enough to do a stint at ITV's Emmerdale, whilst at University, and it's also rumored that he appeared in Panto! (oh no he didn't!..Oh yes he did!)

If not occupied by any of the above, he probably has a mouthful of chocolate and is thoroughly engrossed in a scandalous conspiracy filled boxset, or, pretending to exercise!