When I discovered that my weekly challenge involved pelvic thrusts and big hair - I immediately thought that I'd be doing an aerobic workout with 80s fitness legend Lizzie Webb (see below for a reminder of this Goddess). 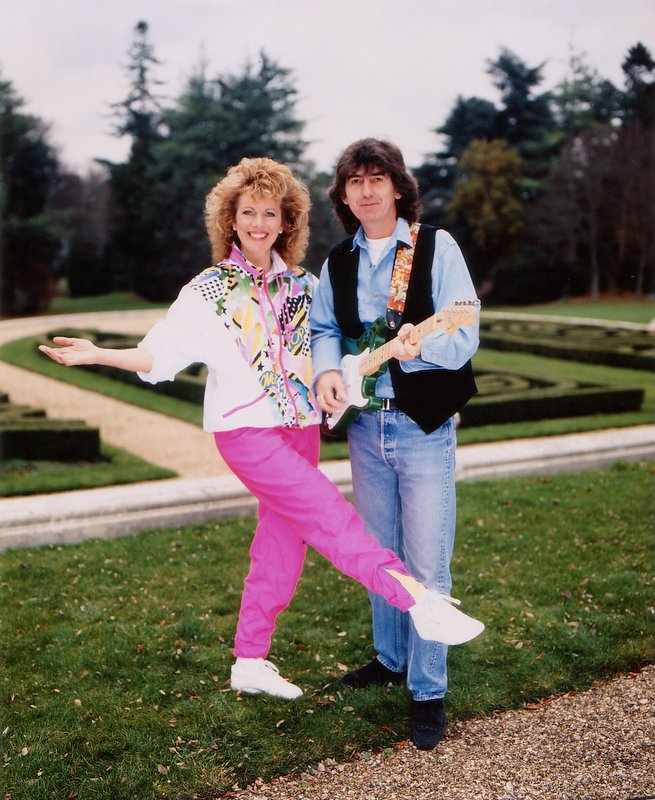 Alas - my initial hunch proved incorrect. I was in fact to become the King himself - Mr Elvis Presley. Eeeek.
I have moments when I question what I am doing with my life. Finding myself reading the news headlines dressed as a deceased music star at 8.30 on a Friday morning was probably one of these moments. Who would have thought when Martin arrived at Gaydio Tower - looking like a foxy school teacher - that just 30 minutes later he would become the pelvic thrusting, lip curling superstar - Elvis Presley?!
After a costume change (thanks to the lovely people at http://www.atticfancydress.co.uk) and a few tips on knee popping, lassoing, the karate stance and the Kings southern drawl - I was treated to a performance of Viva Las Vegas. I sat in awe. It was an intense, an emotional performance. He was slick. He was sassy. He was Elvis. How could I compete with this?! I was transported to Las Vegas, Nevada in 1968. - I then snapped out of it and remembered I was in Manchester, North West England in 2011.
My time had come. I was to perform Suspicious Minds. A classic. I stood. I moved my hips. I curled my lips. I manipulated my vibrato to reciprocate the complex tones of this musical legend. With a final swish of my bejewelled cloak (and the fact that we needed to make the news at 9) - it was over. I had done it. I felt good. I felt proud. In the words of Leona Lewis I felt 'happy'. After a surreal traffic report with the King - he was gone. Elvis had left the building. My weekly challenge was complete.
A huge thank you to Martin Fox. He was brilliant. More info here - http://www.elvis2k.co.uk. If you fancy seeing him perform he'll be in Blackpool at the Ultimate Tribute Contest from April 15th-17th -http://www.ultimatetributecontest.co.uk
Photographic evidence below. I know. It's uncanny.
Rave safe.
Cx 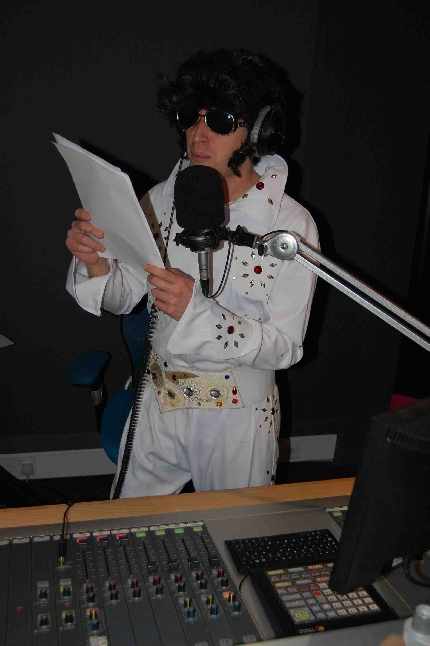 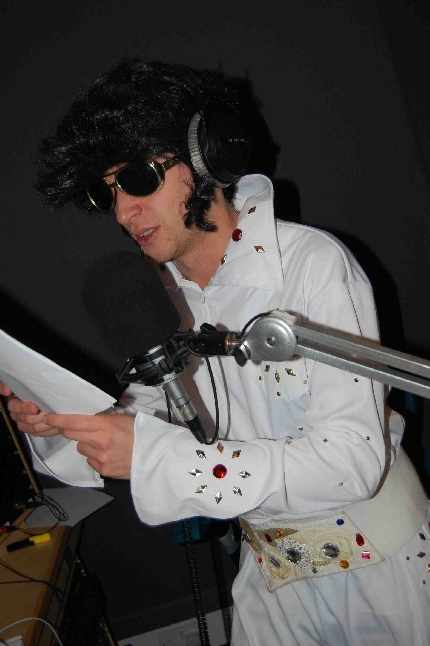 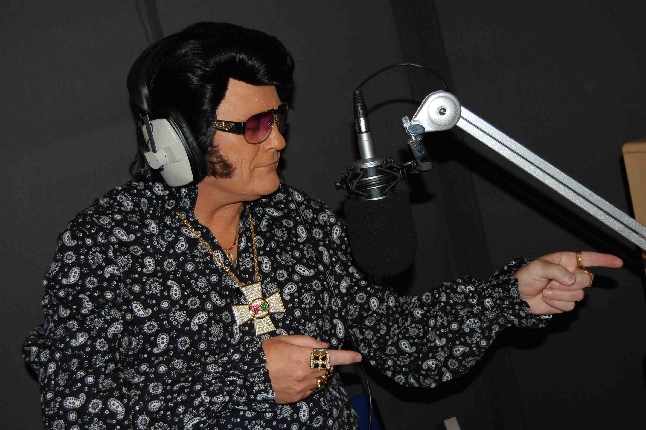 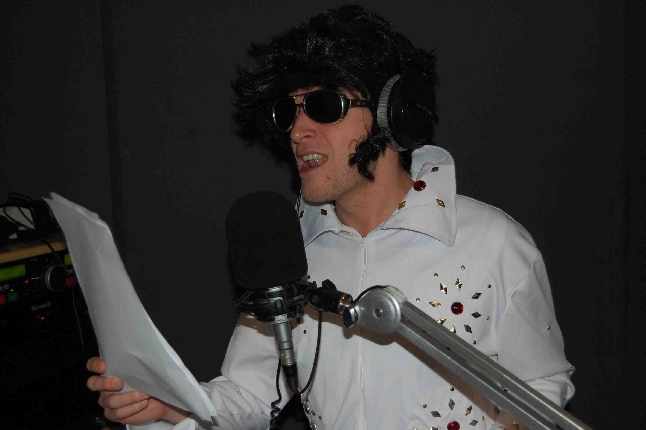 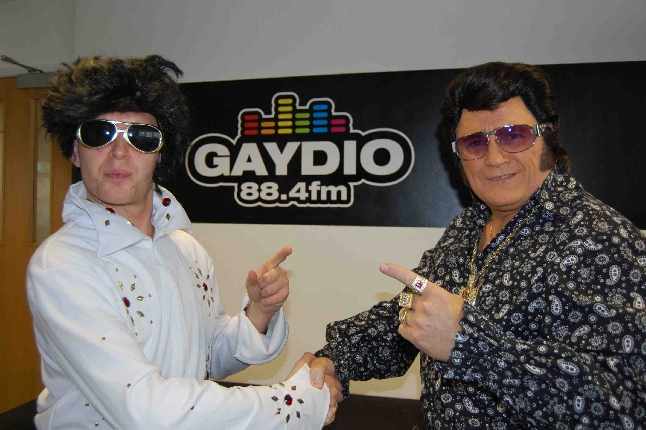 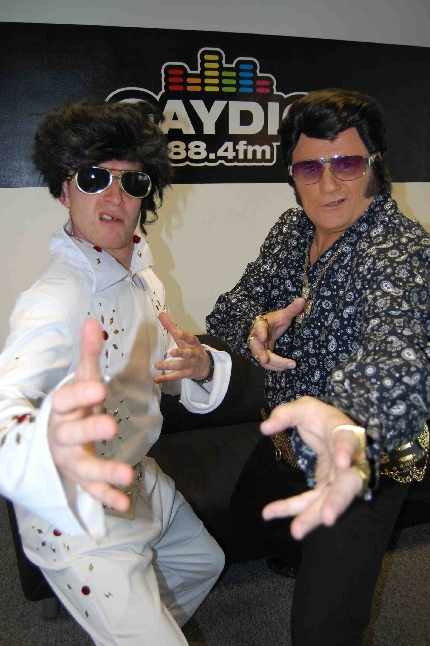 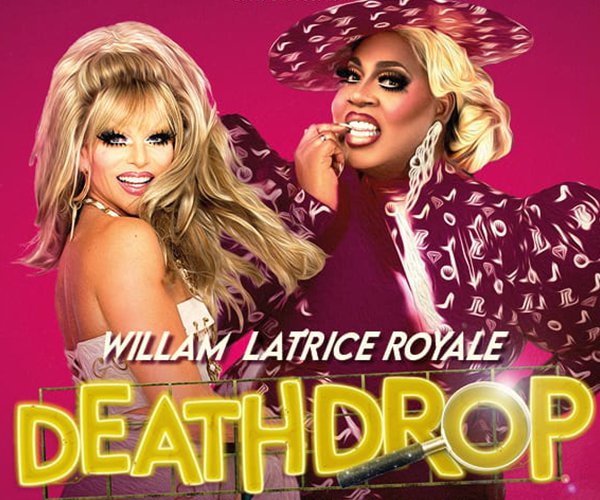