Win 4 Tickets to see Erasure at their SOLD OUT 2022 Tour!

Live music is back and here at Gaydio, we're unbelievably excited to be teaming up with Erasure to give away tickets for you and three mates.

Following completion of a sold out tour across the UK, Erasure have, due to overwhelming demand, added new UK dates for May 2022. 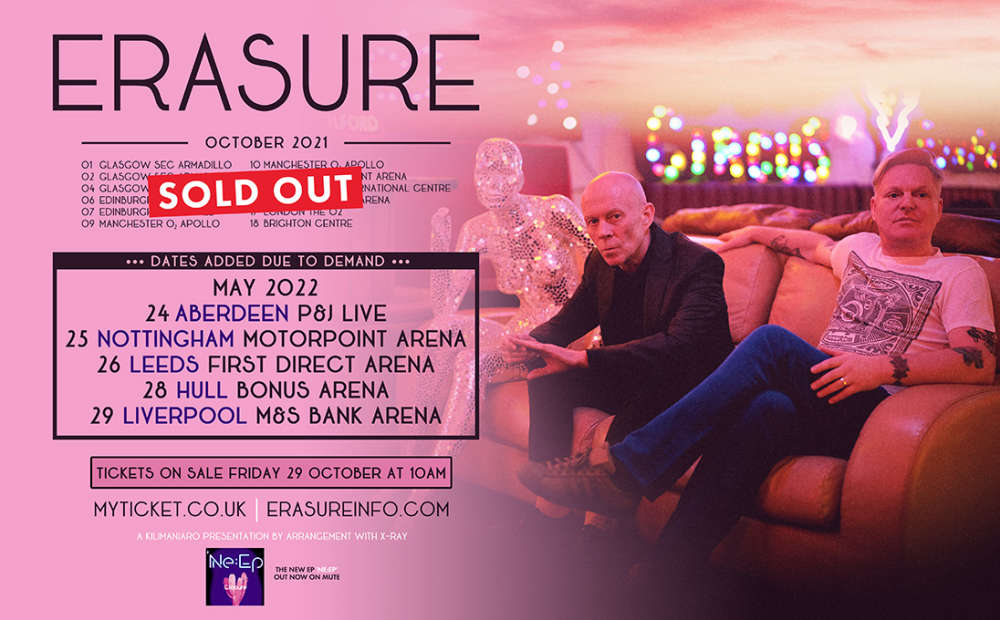 The chart-topping duo who have just finished a run of sold out UK dates that included The O2 in London, and these newly announced dates follow their recently rescheduled European shows:

The band recently shared a video for brand new track ‘Time (Hearts Full of Love)’, which features on a newly released 5-track EP. Ne:EP - out on CD, limited edition purple cassette and digitally - is a companion piece to their latest album, The Neon, with 4 new tracks sitting alongside ‘Secrets’ - which originally appeared on The Neon Remixed.

The duo recently released their eighteenth studio album, The Neon, which went into the UK Official Albums Chart at #4, their highest chart position since I Say I Say I Say, which in turn gets a deluxe 2CD expanded hardback book release on 5 November 2021.

For your chance of winning a four tickets to see Erasure on their UK tour in 2022, just enter the competition form below. Entries close at 23:59 on Sunday 7th November 2021. Terms and conditions apply and you're playing across the Gaydio network. Good luck!