4 Reasons Why We Love Ncuti

Sex Education star Ncuti Gatwa has excited fans this week with the news that he will be passed the Doctor Who torch; the 29-year-old actor will make history as the first Black and openly queer person to take on the role of the Doctor in the 60 years of the shows’ tenure. In 2019 Gatwa stole viewers hearts with his approach to the role of Eric Effiong in Sex Education alongside Asa Butterfield, Emma Mackey, and Gillian Anderson.

In early 2022, it was announced that Margot Robbie and Ryan Gosling would co-star in a Barbie film coming in 2023. While it is currently unconfirmed exactly what role Gatwa will be taking on; it was announced in late April that he would be joining the star-studded cast, reuniting with Sex Education alumni Emma Mackey & Conner Swindells. Other cast members include America Ferrera, Will Ferell and Kate McKinnon. Currently, we can’t be too sure what to expect; but we are prepared to be blown away by the inevitable fabulousness of this project! Let’s go Barbie!

In an exert taken from the Big Issue, Ncuti details his experiences with homelessness prior to the release of the first season of Sex Education. He goes on to discuss how despite temping at Harrods in London and having been cast in successful projects at the time, like that of the Royal Shakespeare Company’s - A Midsummer Night’s Dream he was unable to afford rent and often food and was ultimately left ‘sofa-surfing’ as well. Gatwa shares the moment that he realised the situation he was in, that he was in fact homeless. Now in an effort to rebuild the structural integrity of homeless charities affected by the COVID-19 pandemic, he is working closely with the charity Centrepoint; a foundation Gatwa hoped was available in his hour of need.

There’s so much to say about the being that is, Eric Effiong. So where do we even start? An honourable mention firstly, to the friendship between Eric and Otis. The last thing we needed was another queer person pining over their straight friend. Instead, what we see is the sincerity of their friendship, void of the anxieties that come with it. Not only has Eric brought us to tears with his unique one-liners, but he has also touched the hearts of viewers through his character’s queer storylines. Eric’s character is quite unique, we don’t often see the effect that small town living can have on LGBTQ+ youth and that’s why it’s so refreshing and important to see, however upsetting the results may be. Non-sense.

Last week, ahead of the British Academy Film and Television Awards it was announced that Gutwa will be the next actor to take over the titular role from his predecessor Jodie Whitaker. The news came alongside a post on the soon-to-be (again) showrunner Russell T Davies’ Instagram account, where we see a picture of the pair looking sharp on the red carpet; with the caption “♥️♥️➕🟦”. Following this truly, breaking news. It was announced that Yasmin Fenney (Heartstopper) will be joining the cast to be take on the role of...that’s right. Rose! This incoming instalment is set to be the queerest yet, and we simply, cannot wait. 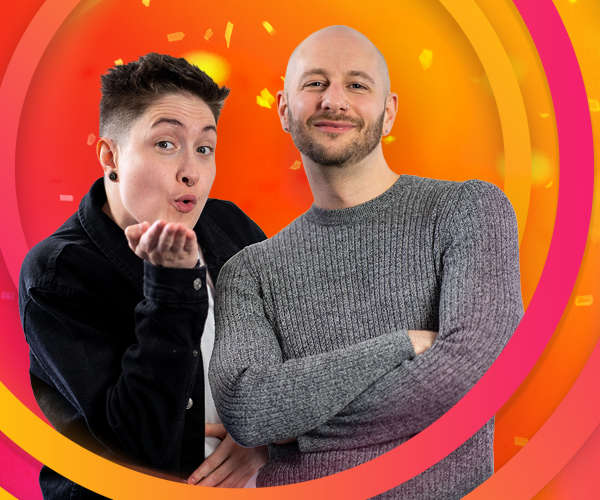