"Being Queer in a world that isn't Queer, it's tough."

42% of LGBT+ school pupils have been bullied in the past year, double the number of non-LGBT+ pupils. 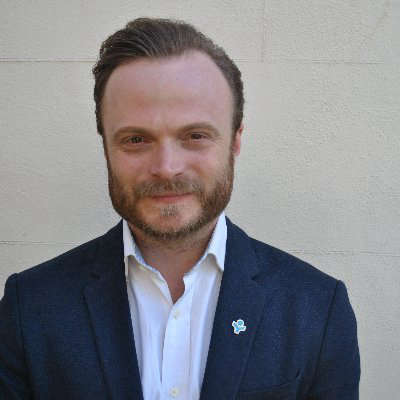 Research from the charity Just Like Us found that 77% of trans young people have contemplated suicide compared to 43% of their non-trans peers. That’s compared to 66% of gay boys, 74% of young lesbians, and 73% of bisexual young people.

Dominic Arnall the Chief Executive of the charity told Gaydio: “I think that a lot of the time we assume that LGBT plus young people will be bullied and almost we're fine with that as a society.”

“The idea that young people in schools because of who they are, are far, far more likely to be bullied is not acceptable.”

Since Section 28, a restrictive legislation that prevented schools from ‘promoting homosexuality’, was abolished in 2003, most educational institutes have improved their support of LGBT+ pupils but that can often be dependent on school to school.

“One of the things that happens to me a lot is that I'm out speaking with other LGBT+ people and I will tell them what I do and they will say, ‘Oh, it was dreadful when I was at school’ or ‘we had section 28 it was absolutely awful. Thank God things are better now.’

Dominic continues: “I always say that things are not necessarily better now. Some schools are better, and we work with some schools that do fantastic work, but most people would be surprised.

“A third of young people that we spoke to at secondary school age said their school sent absolutely no positive messages about being LGBT+. We're by no means there yet.”

The statistics can dramatically change. Dominic told Gaydio that where young trans people are supported, their rates for suicide attempts dropped to about the same as for non-trans, non-LGBT people.

This year Anti Bullying week coincides with Trans Awareness week. Something that Dominic Arnall says feels appropriate: “Being queer in a world that isn't queer, it's tough, particularly as a young person and for me, the way that we should be dealing with this is to be supportive of each other.”

Dominic thinks one way to support young people in school is to address the imbalance of queer representation in the curriculum.

“It can sound like we're saying, right. We want to add gay people and actually what we want to do is stop taking them out because we, as LGBT people, have existed in society for as long as society.

“And what we've have had is a sort of systematic erasure of our history, our culture. and ourselves essentially.

“For schools to be truly inclusive places that needs to stop and that across the curriculum, we need to start talking about LGBT+ people as they exist.”