About: The gay scene in Iceland is mostly limited to Reykjavik, and whilst this might seemed constrained at first, considering almost one third of Iceland's population attends the yearly pride celebration, theres no doubting the countries openness and acceptance of the LGBT community.
Reykjavik is considered the largest community in Iceland with a population of about 200,000 people, it also known as "Smoky Bay" because of the columns of steam that rise from the hot springs in the area. Located in southwest Iceland, the Reykjavik area coastline is characterised by peninsulas, coves, straits and islands.
Reykjavik is often known as "the nightlife capital of the north". It is famous for its weekend nightlife, Icelanders tend to out late so bear in mind that places that can look rather quiet can fill up - usually after midnight on a weekend.

Where to go:
Austurvoller is a small park in the heartland of Reykjavik and is popular with many of the locals, especially on a sunny day, spend your time relaxing in the park (maybe even with a picnic?) or entertaining yourself at one of the many boutique cafes that litter the streets north of the square. If you feel like exploring you can also find the parliament and national cathedral both in Austurvollur.
Gullfoss, Geysir, and Pingvellir are unique sites commonly referred to as the Golden Circle. These sites make up some of Iceland's major tourist destinations, offering visitors the opportunity to see such sights as a magnificent waterfall, spouting hot springs and the country's most important historical area all in one condensed, doable-in-a-day tour.  Although they're mobbed by fellow tourists and coach parties year-round, they are still worth visiting for their undeniable natural beauty.
Events:
Culture Night (Menninggarnott) - Based on the third saturday of every august, this is considered the biggest date in the cultural calendar of Reykjavik.
Starting in the morning with the Reykjavik marathon, the ay progresses with ever more cultural activities, most of which are free and available to all, in central Reykjavik and culminates in several huge concerts and even a firework display by the harbour, a day which usually has about 100,000 people in attendance, not to be missed.
Gay Pride (Hinsegen Dagar) - Icelanders are of course very proud of their LGBT community and in early August you can be sure the pride events will mirror an image of tolerance and a downright loveable city and community.
Hosting a variety of days worth of events celebrating LGBT culture and culminating in a parade through the city which finishes with a large outdoors concert and of course every bar (gay or otherwise) becoming part of the celebration for the weekend. 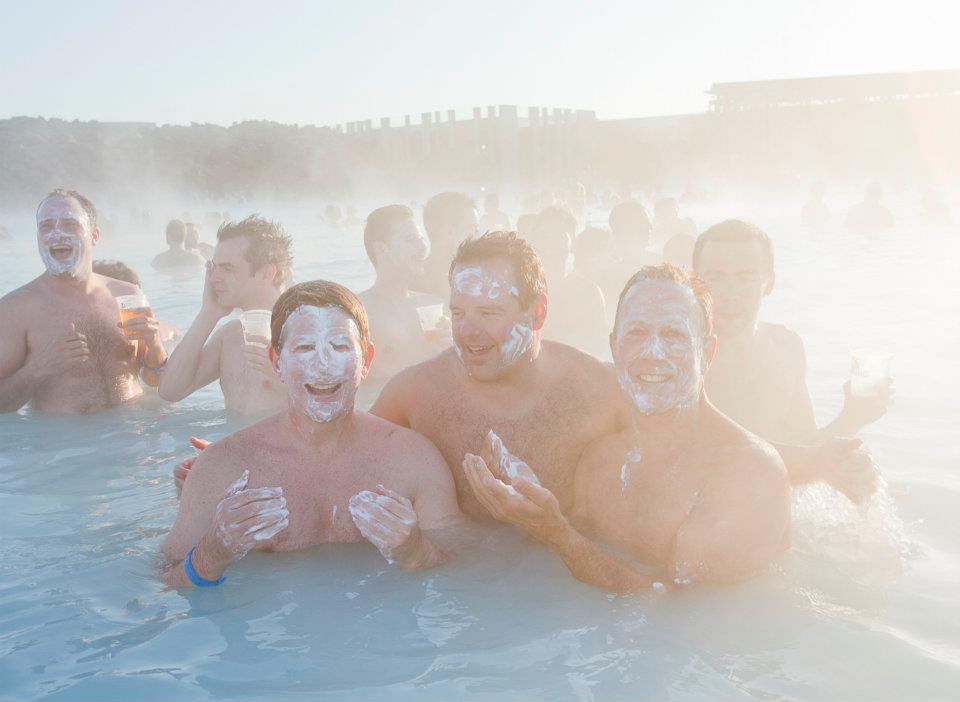 One to visit:
If theres one place you need visit whilst in iceland its the
Blue Lagoon Geothermal Spa, this is one of the most visited attractions in Iceland and the steamy turquoise therapeutic waters are part of a lava formation.
If your feeling thirsty you can grab yourself a drink at the Lagoon bar, need to rejuvenate for the days ahead? You can also grab a facemask or scrub to help yourself feel like a 'new you'.
After enjoying the warm water you can invite yourself to have dinner at the restaurant located by the lagoon.
For further information on Reykjavik feel free to browse the websites of Visit Reykjavik and Pink Iceland.
To find out if any flights operate to Reykjavik from your airport visit Sky Scanner.